Why Do We Use The Word Pussy? 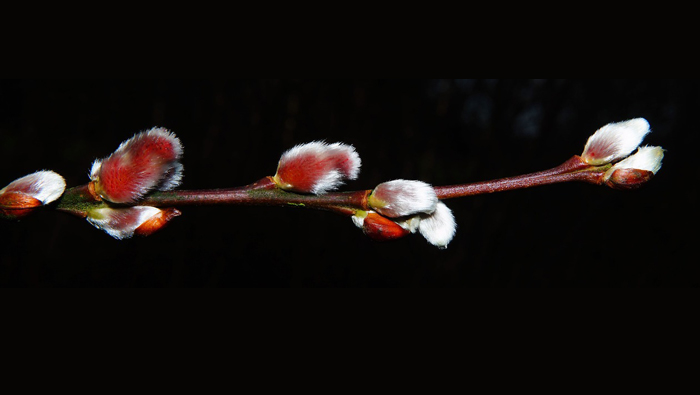 There are thousands of words for a vagina. In fact, if you want to love your vagina more, don’t ever Google “What’s a synonym for vagina?”

Of course, there’s always Lawrence of a Labia, the Notorious V.A.G., and the Death of Adam. (Apparently. This is all news to me.)

No matter what you call it, I’ll venture to say that most of the words that real people use probably make you feel uncomfortable.

And that’s exactly the problem. But it’s also the solution.

Does The Word Pussy Trigger You?

The word pussy is powerful. It triggers us in all kinds of ways. Some of us are completely turned off by it. I spent my 20s wanting to shove my fingers in my ears and trill, “lalalalalala” when I heard the word.

Vagina Used To Make Me Giggle

I really didn’t start to notice my pussy that much until I got pregnant. I had read that pregnancy can make your labia red and rosy, so I checked it out. Wahoo! That was a sight to see, until my belly was so big that I could no longer see much of anything below the belt anymore.

But I still felt a little weird naming her. I’ll tell you a little secret. When I first became a Lamaze instructor, it took all the decorum I could muster to avoid giggling when I said the word vagina.

That’s probably what broke the seal. Pretty soon, I could talk about vaginas with anyone. Lady at the grocery store, I’ll tell you what will happen to your vagina when you give birth. Pregnant mama who’s terrified of pushing that baby out, let me explain how incredibly your vagina can accommodate your baby. New friend’s husband, the look on your face as I talk about this is cracking me up.

I was kind of obsessive about calling things by the right name, too. The vagina is just the canal that links your vulva to your cervix and uterus. If we were talking about the parts that you can explore on the outside, I was cool calling them vulva. I’ve even been known to utter the word “pubic mound” before.

Please Don’t Describe It As “Down There”

It wasn’t until I read the book “50 Shades of Grey” that I really started to get an insistent urge to come up with a decent word that describes everything a pussy is. I’d be reading that book, getting into the steaminess, finding things a little hot when Christian Grey would start fiddling with Anastasia’s thong, and then be stopped dead in my tracks when E.L. James referred to Anastasia’s pussy as “down there.”

Really? She didn’t even use the word vagina once in the entire trilogy.

Honestly, I felt even more uncomfortable by James’ discomfort using a proper word for a pussy than I would have if she had called it a crotch rocket!

Try It On For Size

I started following a sensuality coach who transformed the way I view my creativity, my femininity, and—yes—my pussy. She said the word too, as she was teaching me how to feel pleasure and focus on my inner truth. I guess all that positive word association really helped to solidify things for me.

Then, Regena Thomasauer came out with Pussy: A Reclamation, and I was hooked.

Of course, we all felt the stab when we heard that Donald Trump “grabbed women by the pussy.”

But after that, there really was a reclamation. After all, if the New York Times can print it, you can certainly kiss your mother with that mouth.

I, for one, think that pussy contains the perfect amount of punchiness, power, quirkiness, and prettiness to describe the most amazing part of a woman’s body. I feel kind of sensual when I say it. To be honest, it even turns me on a little bit.

Sure, the word can be used in a negative context. But so can the term “yo mama.”

Take Control Of The Word Pussy

Take control over the words you love. Once you choose to use a particular word in a way that resonates with you, you remove the negative power that other people try to infuse it with. You give it the right kind of power.

So that’s what we’re doing over here. We like the word. We find it empowering, onomonopoeic in a weird metaphoric way and kind of delicious, actually.

We know you might be shuddering in your shoes right now, but we think you should try it on for size. Pussy. It probably feels like the first time you heard the word “bitch” on TV in front of your parents.

But now, do you even bat an eyelash when someone says “bitch” through your speakers? Nope.

Say it 10 times a day. We’re not promising rainbows and butterflies, but we are suggesting that you might feel some unexpected vibrations and hold your head a little higher.